The Chambers
of
Peter Gotch 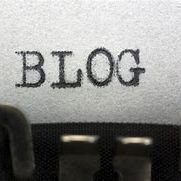 My friends are always asking me about my cases and especially the interesting points of law that arise. So I thought I would have a go at a blog. I've never done one before but here goes. Facts that could lead to the identification of clients have been changed unless I have specific permission from them.

I have had a busy few weeks and have dealt with Criminal cases in Courts from Preston to Southend. There has been a good mix of cases.

The case of the fluffy slippers

Half an hour later the police arrived and demanded to search the house. My client explained that the boyfriend had left and she no longer needed assistance. The officer put his foot in the door and tried to push his way in. My client put her foot the other side of the door and pushed back. She was the arrested for obstruction and assault police. The police rather, than being embarrassed that they had arrested the victim of domestic abuse took it all the way to trial. By the time of the trial there was a single charge of assault police. It was claimed that the client had stamped on the officers foot. At the time he was wearing his size 12 boots and the client was in PJs and fluffy slippers.

My client was a good sport, and we had a bit of fun with the officer at trial. We exhibited the fluffy slippers and asked the officer if these were the ones that had contacted his hobnail boots. You can imagine how that went especially as my client was 5'1'' and 7 stone.

Ultimately, I used the case of R v Syed which sets out very clearly that entry into a home by the police in these circumstances is illegal. A person may use reasonable force to prevent such an incursion.

We got the not guilty verdict then posed for pictures outside the Court with the fluffy slippers held hight.

Failing to provide a sample of breath

My client had been stop checked in his car and asked to give a sample of breath. At the police station he was unable to give the breath sample that was requested and was charged.

When I met the client he had quite a pronounced cleft pallet. He told me that he had had several operations to correct the condition but there was still a problem in that when he blew from his mouth air escaped from his nose.

I arranged for a doctor to examine my client and confirm this and we went to trial on the basis of 'reasonable excuse.' The Magistrates agreed with us and found the client not guilty.

You may wonder why the police didn't just take blood when they saw the problem. I asked the officer this in cross examination and she said that she had only been trained on the breath part of the test and didn't know how to request blood. She was honest enough to admit that she would do it differently next time.

You couldn't make it up!

I was very happy with this one because firearms appeals are notoriously hard to win.

My client was a firearms certificate holder and following a false complaint had had his house searched by the police.

His guns were all safely put away and accounted for. The officers however found 1000 rounds of ammunition in a draw which was not secured in a locked box as it should have been. They also found what they said were 13 throwing stars which are a martial arts weapon which were made illegal by the new Offensive Weapons Act.

As a consequence, they took all his guns away and revoked his firearms certificate on the basis that he was a danger to the public.

The client had been shooting for 30 years and was a person of immaculate character. We thought the police had overreacted and so appealed.

The police made much of the 'throwing stars' but they had destroyed them. Before destroying them, they hadn't even taken a picture, so we had no idea what they looked like.  The client said they were blunt film props made for showing not throwing. Although the police insisted that he was a threat to public safety because of the stars they didn't even produce the officers who had seen them to give evidence of what they had seen.

The police said that a criminal offence had been committed by not having the ammunition locked away. In fact, that is untrue. Home office guidance is that best practice is to have ammunition locked in a separate container from the guns.

What was missing from the police case was any link between the breach of Home Office advice and danger to the public.

The Judge found that the client's approach was 'lackadaisical' but nevertheless found against the police and reinstated his certificate.

Many shooters think that the police enforce guidance as if it is law and I have to say this is my experience to. The also use revocation as a punishment for infractions which it isn't supposed to be.

Pete was amazing. I was caught doing 63 leaving a 30 limit. My job was on the line. Pete found issues with the service of unused material and turned the case into an abuse of process hearing. The Court staff and district Judge were incredibly hostile but Pete stood up to them through 5 different Court appearances. Eventually the case was dismissed. Increasable work and thank you so much.

They said that I was harassing my neighbour and had threatened him with a knife and stabbed his door. Pete took the witnesses apart. He then made a submission of no case to answer after the Crown Prosecution Service had put their case. It was thrown out and I didn't even have to give evidence. Nice one!

I am a lorry driver and if I had got convicted I would have lost everything. Mr Gotch ask the CPS to inspect the other car involved to obtain telematic information from the engine management system. The police had destroyed the car. Case dropped before we even got to the trial.

Peter Cross examined a traffic officer and made him admit that he didn't know the braking distances in the highway code and he didn't know the distance between me and the other cars involved. The Court found that there was doubt and found me not guilty. I am a taxi driver so I was very relieved. I would recommend Peter to anyone in trouble. He really took time to explain everything to me and keep me informed with the progress of the case. I could see the quality difference between Mr Gotch and the person who represented me at the Magistrates Court.

The Chambers of Peter Gotch